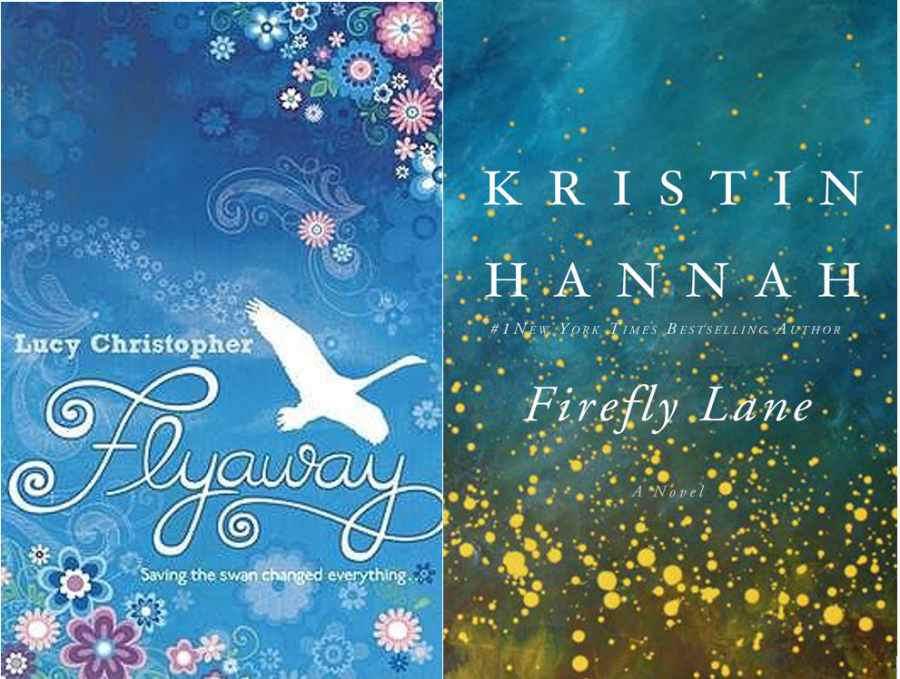 Firefly Lane and its sequel Fly Away are those types of books that once you start reading they are impossible to put down; the types of books you become so immersed in, that you never want them to end. They’re full of twists and emotional scenes that constantly leave you wanting more. From The Nightingale to The Great Alone, best-selling author Kristen Hannah always manages to make the reader fall in love with her characters, and we really feel like we’re in the thick of things with them. Hannah’s work focuses on female relationships in a realistic and frank way. (We see the good and bad of female friendship depicted, warts and all). It can be difficult to find writing that renders female bonds in this way. She investigates relationships between sisters, mothers and daughters, best friends, all fundamentally focusing on women and their experiences with each other, their tensions and jealousy, but also the love that ultimately outweighs everything else. While her male characters are also written beautifully, her books center  women’s experiences and struggles. Firefly Lane and Fly Away are no exceptions.

Firefly Lane is about two best friends, Kate and Tully. The novel starts in the 1970s when the girls are teenagers and follows them all the way to the early 2000s. Through more than three decades, the reader watches these girls grow up together and drift apart. Hannah delves into her characters’ backstories and highlights how their past experiences have changed them. The girls’ history never fades away and events that happened when they were fourteen influence their lives even when they’re in their forties. Kate and Tully are anything but simple as individuals, and their relationship is equally complex. As Hannah writes,“That was the thing about best friends. Like sisters and mothers, they could piss you off and make you cry and break your heart, but in the end, when the chips are down, they were there, making you laugh, even in your darkest hours.” Hannah captures the complexity of female friendship perfectly, depicting moments of jealousy and resentment, but also the love, compassion and dependency these two have for each other.

I’m too young to have experienced the 70’s, 80’s or 90’s the characters inhabit, but Hannah’s prose convincingly transports the reader to those eras. Hannah incorporates musical references that relate both to the events unfolding in the girls’ lives and the decades they’re living in. These vivid details so ground the reader in the time period so that you can’t help but imagine you are there with the characters. However, as much as I loved the pop culture references, in some ways the strategy felt like a forced attempt at nostalgia to reel in older readers. Hannah shoehorns political and cultural references with no significance to the plot into the book with seemingly the only goal being to remind the reader that it is still the 1970s. The tactic can get a little forced, and actually drives home that this book was written in the 21st century.

Firefly Lane tackles challenging topics like sexual assault and drug abuse. But in terms of engaging with social issues on a deep level, the book barely scratches the surface. Overall, Hannah presents a pretty rose-colored view of the 1970’s seen through white and relatively privileged eyes; she never questions her characters’ political naivety or forces them to investigate their own. While Hannah expertly portrays trauma and its persistent reverberations, I wish she had given us a deeper look at the race and class dynamics of the 70’s and 80’s that still affect us today. This was a missed opportunity on the author’s part.

For all the beautiful lessons about friendship and love in this book, it wouldn’t be a Kristen Hannah book without tragedy and sadness. Hannah puts her characters through the most traumatic and depressing situations you can think of, including sexual assault and familial abandoment. I will say that I have never cried so much while reading a book as I did with Firefly Lane. The novel balances sadness and joy, bitter dances toe to toe with sweet. While Firefly Lane offers joy along with tears, its sequel Fly Away dwells on the sadness of the characters and offers the reader little reprieve.

Fly Away takes place four years after the events of Firefly Lane, and goes deeper into the backstory of Tully. We explore her traumatic childhood and parental abandonment. While Firefly Lane mixes happiness with the sad, Fly Away is almost all sadness with a drop of joy at the very end. Although as engaging and eloquent as its predecessor, a reader might find it hard to persist through so much negativity.

A major theme in Fly Away is grief, an emotion that Hannah specializes in depicting. Hannah’s characters grapple with grief in ways specific to their natures, like how Kate’s daughter  Marah, who was always guarded and quick to anger, lashes out at her loved ones, and runs away from her family and her problems. Fly Away dives into human emotion and character in a complex way, however it does not match Firefly lane in terms of realism. What the characters do is often  unbelievable, their motivations not fully realized. But the plot is emotional and brings the story full circle in the end, and the ending itself is hopeful and brings real closure to the story of Tully and Kate. Like most books, the sequel is nowhere near as good as the original, but still holds up and adds a lot to the story.

Firefly Lane and Flyaway are both complicated, and compelling stories, with many moving parts that all come together, and where every small detail matters to the story and characters. The novels tell important stories about trauma, friendship, and grief. They both have their flaws, but overall they are incredibly engaging and stick with you long after you’ve read them. You can’t help falling in love with Kristen Hannah’s characters, warts and all, and a story that makes you feel and think.