Is Modern Art Really That Bad?

The art world is a diverse place full of different movements and ideas about what art is and what it should be about. A term that sometimes elicits an instant reaction out of people is “Modern Art.”

Modern Art does not refer to one artistic style but rather many different styles that have been explored in the last century. A consistent theme is that modern artists like to portray the real world as they see it through their experiences. They value perspective and accept the idea that everyone’s outlook on the world is their own. With such a broad base for modern art many have pieces have come out of this idea. The abstract ones are the pieces of work that get people the most riled up.

I spoke to Michael Erickson a student at MBHS and asked him what is the first thing that comes to mind when you think of modern art and he responded by saying “It’s basically a bunch of idiots creating some of the stupidest things possible and calling it art.”

This sentiment is not an unpopular one. Popular YouTuber H3H3 or Ethan Klein has a video titled “How to Make Modern Art.” that has over 3 million views in which he mocks certain types of modern art. His issue with it is that it a lot of it seems meaningless and confusing yet so many people pay attention to it and even pay a lot of money for it. 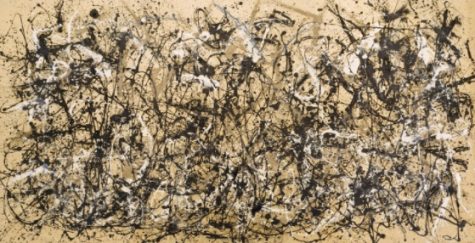 The painting above is an example he uses. It’s understandable why someone might go “Why is this art?” It doesn’t really look like anything and it’s the result of just randomly splashing colors.  One feeling some people must feel is that “I could have painted that.” That statement is exactly why modern art is definitely art or a new type of art.

To put it into historical terms I spoke with Joseph Essig, an artist from Williamsburg. He explained to me his interpretation of the history of Western art, that “art in the past, specifically the Renaissance was the product of wealthy men commissioning artists to paint epic pieces for the purpose of decorating places of faith or royalty. In this sense art was reserved for very privileged members of society.”

This is what paintings and other artwork are reacting to. This traditional view of art and it’s purpose. This is why their art has to be absurd and deviate from the norm. It’s stating that art should not be a singular form but a wide array of meanings. This is why modern art should not be considered fake or charlatan. It’s about the statement and how art has become closer to ordinary man. Of course all of this is subjective and I implore you to have an open mind to all art.